We sincerely look forward to your visit.

Located in the city center of Kanazawa and Toyama, we aim to become a department store that provides local residents with various products, information and services to make their lives more fun, vibrant and full of dreams. 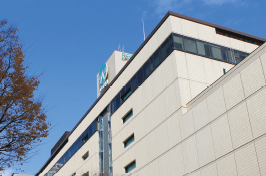 Approximately 10 minutes by city bus from Kenrokuen Gate (East Gate) in JR Kanazawa Station. Near the Kohrinbo (Atrio Mae) bus stop.
Floor Map Kanazawa is where our company was born and where our headquarters are located. Historically, the city flourished as a castle town in the great Kaga Domain, yielding 1 million koku of rice, and today it is known as one the most prominent cultural cities within Japan. Tourists flock from across the country and throughout the year to this historic city of Kanazawa, home to the Kenrokuen garden, one of Japan's most distinguished scenic spots, as well as numerous historic sites.
Since Kohrinbo Daiwa opened in September 1986 after moving from Katamachi, it has continually renovated and reinvented itself in keeping with the times, introducing numerous overseas brands. Going forward, Kohrinbo Daiwa will continue to serve its customers as the leading department store on the Sea of Japan coast, offering both daily and one-of-a-kind merchandise, serving both as a base for transmitting information in the Hokuriku region and as a Kanazawa department store that values its local merchandizers, developing alongside the city. 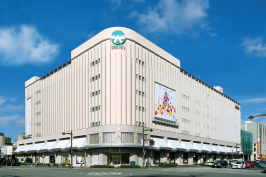 Floor Map Toyama City is located along the coast of the Sea of Japan, virtually at the center of Toyama prefecture, occupying a pivotal position between the Kanto, Kansai, and Chukyo regions. Toyama City, surrounded in all directions by beautiful nature, the Toyama Bay, Tateyama Mountain Range, Joganji River, and Kureha Hills, has gained national attention as the first city to be authorized under the City Center Revitalization Basic Plan.
The Toyama store first opened in Nishicho in 1932, and it newly opened as an anchor tenant of the redeveloped building "Ferio" in September of 2007. As the only department store in downtown Toyama, we will constantly propose a new lifestyle and provide information to local residents, doing our part to enhance the attractiveness of the city center as a comprehensive store bringing together the merchandisers of the region.
"More tax-free goods!
A smarter and more enjoyable shopping experience!"
tax exemption procedures ： 【Korinbo Daiwa】  【Toyama Daiwa】